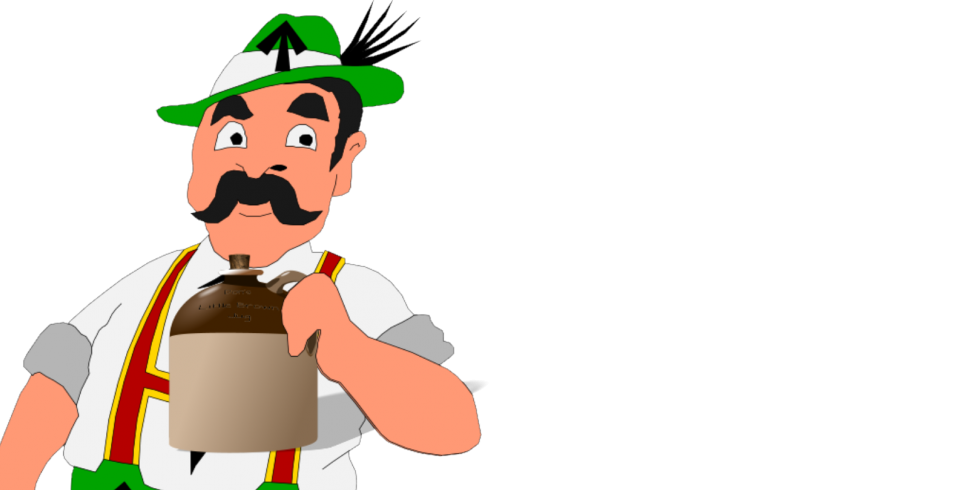 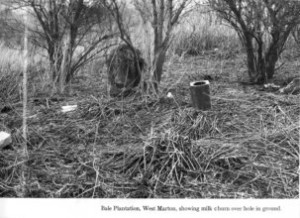 Strange goings on in Bale Wood, West Marton grabbed the interest of Gargrave based Police Sergeant Jack Tattersall and his colleague P.C. Witcomb in February 1948. What they found was an assemblage of a milk churn, some large metal food cannisters, various bits of pipework and a sheet of corrugated iron. A hole had been dug in the ground and a small spirit burner had been installed beneath the construction of pipes and cans over which the corrugated iron was used to cover the hole. The milk-churn had been placed on top of the iron sheet connected by a pipe to the apparatus beneath. The whole assemblage was then covered loosely with ferns as camouflage. There was a rapidly fermenting liquid in the milk churn which turned out to be a 12% proof liquor, known as a wash, destined for further refinement into a very potent illicit spirit based drink. 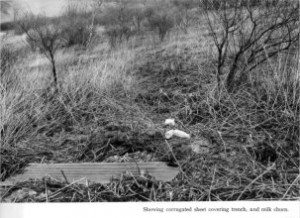 What they had discovered was an ingeniously contrived still, designed to prod uce a strong drink from treacle, water and added yeast. So who was the moon-shiner? The two policemen together with officers of H.M. Customs and Excise kept watch on the apparatus and found one particular individual revisiting the site on three separate occasions. On the villain’s third visit, P.C. Witcomb apprehended him. It turned out that it was a German named Kurt Holz from the nearby Prisoner of War camp at West Marton. 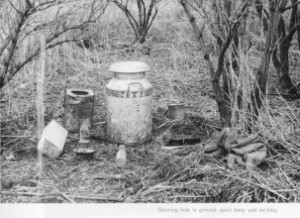 Kurt had been at the prisoner of war camp for the past three and a half years, the latter two years of which he had the role of camp barber, and was looking forward to being repatriated to Germany. Having been shown how to make this particular potent brew the previous year by a fellow prisoner, who had recently been repatriated himself, Kurt had thought he’d produce a drink with which to celebrate the occasion. 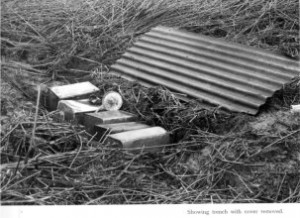 He appeared before the magistrates court where the Counsel for H.M. Customs and Excise informed the court that Kurt Holz could be liable for a £1000 fine. The Magistrate took note of this advice but awarded a nominal penalty of £1, He also added that in this country the illicit distillation of alcohol was looked upon as a very serious crime. He emphasised that it was only due to the unusual circumstances that they were letting Holz off so leniently. He added “We want you to go back to your own country a free man.”

I wonder if Kurt did have a going away party, and more importantly, what did he have in his glass that day?
D.S.

From the files of